RISING is an 8-hour durational performance and installation piece employing time, yeast, sugar, flour, water, oil, fire and sweat. RISING is a celebration of the peasant and the domestic. Bread takes time. Bread never comes out the same way twice. Bread requires you to be at home. Bread fails if you rush it. Bread sometimes fails for no reason at all. It is mysterious. Bread making is ultimately a subversive act.

Nuestra Senora del Pan began performing in 2004  at Latitude 53 in Edmonton. Galerie La Centrale Powerhouse in Montreal and at the Western Front in Vancouver. 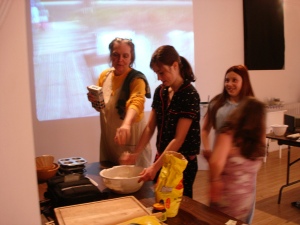 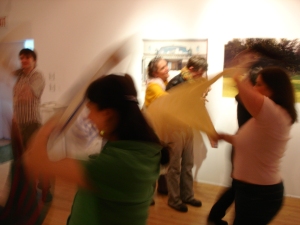 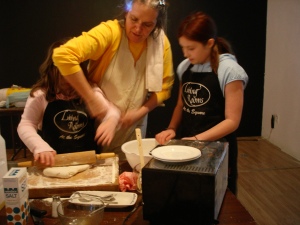 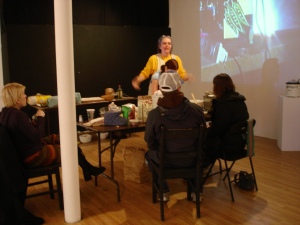 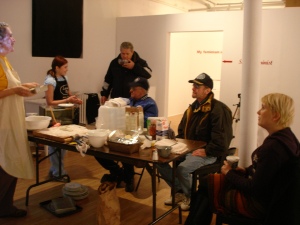 Nuestra Senora del Pan did an Artist Residency at Douglas College in New Westminster, BC in 2006.

Welcome to WordPress.com! This is your very first post. Click the Edit link to modify or delete it, or start a new post. If you like, use this post to tell readers why you started this blog and what you plan to do with it.